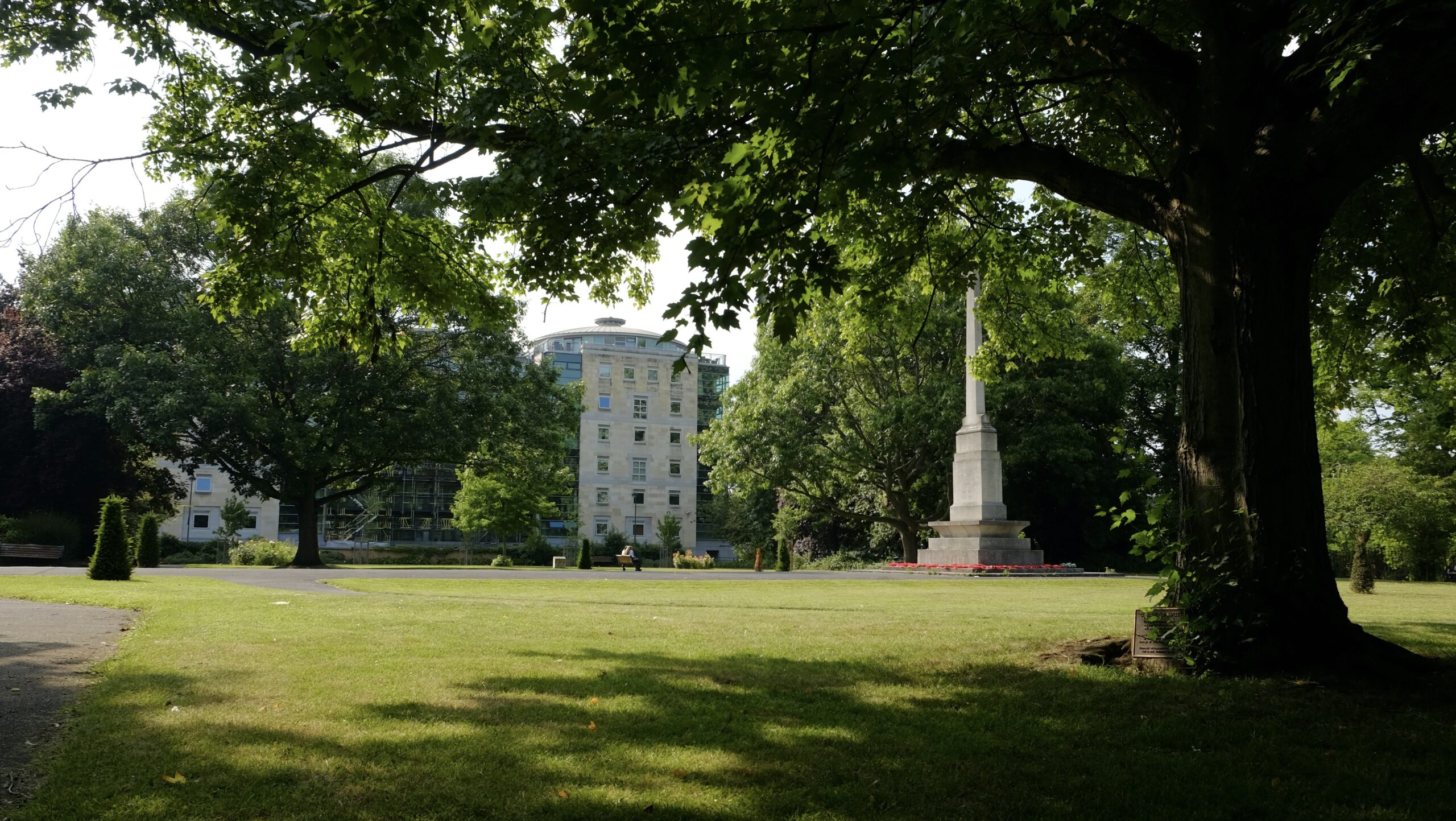 The York City War Memorial is a First World War memorial designed by Sir Edwin Lutyens. The gardens contain ornamental trees and perennial and annual flowering plants and shrubs. There is access from the gardens to the riverside cycle/foot-path and Leeman Road.

Prince Albert, Duke of York (later King George VI), unveiled the memorial on 25 June 1925, six years after the memorial fund was opened. It consists of a stone cross 33 feet (10 metres) high on three stone blocks and a stone base, beneath which are two further blocks and two shallow steps. It sits in a memorial garden, with an entrance designed by Lutyens using the remaining funds for the memorial. The memorial itself is a grade II* listed building, having been upgraded when Lutyens’ war memorials were designated a national collection in 2015. The piers and gate at the entrance to the garden are listed separately at grade II. 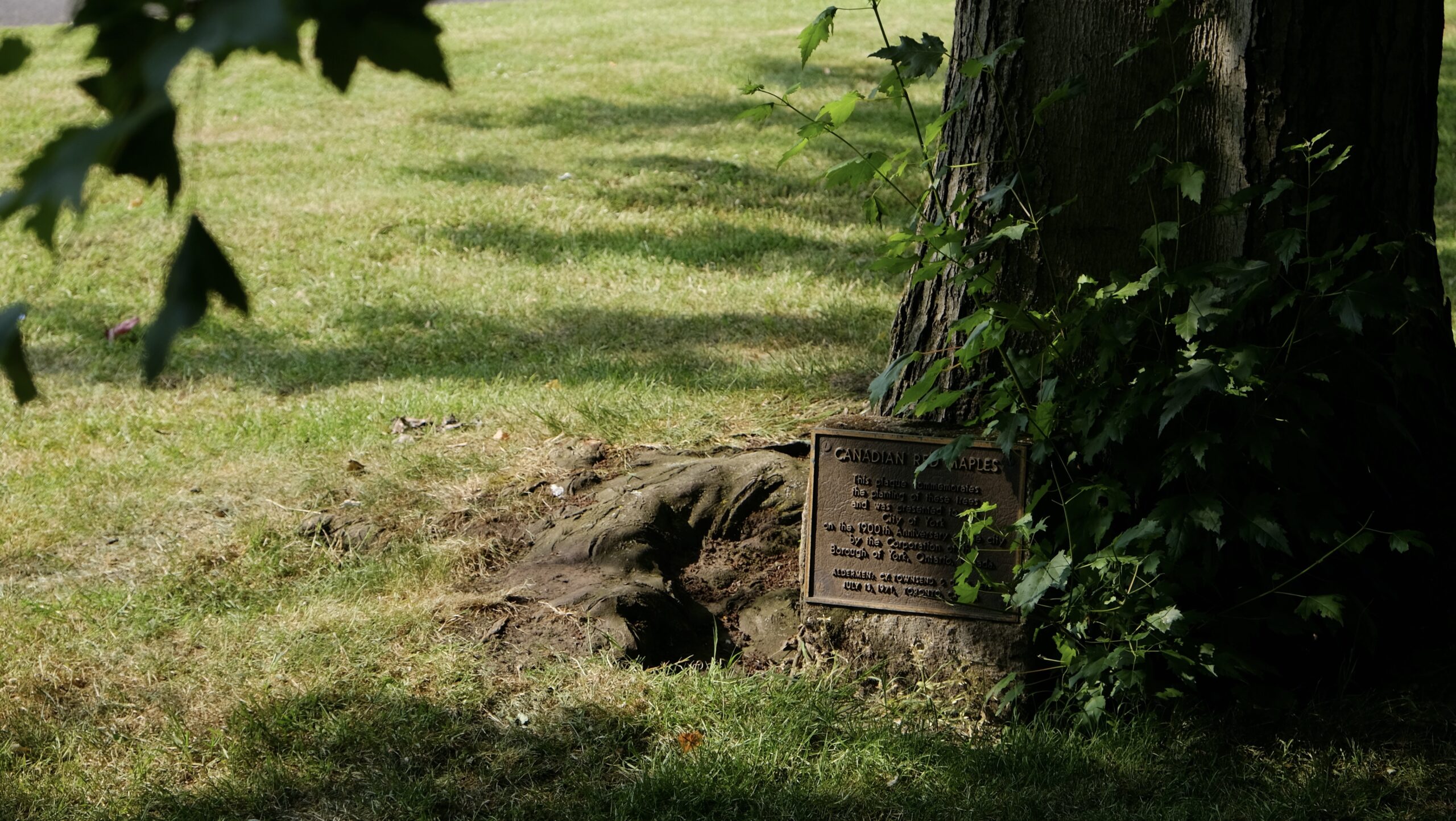 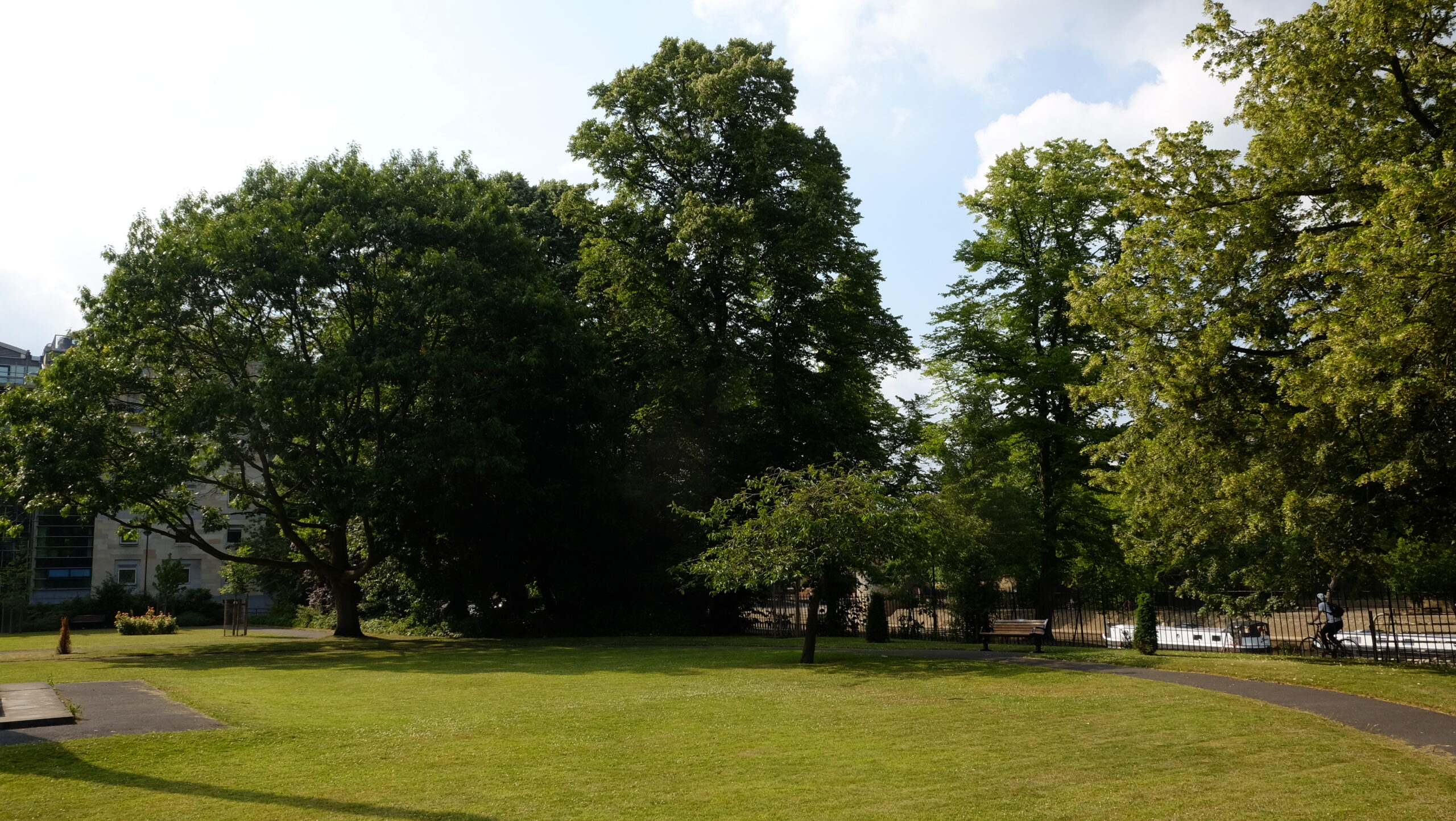 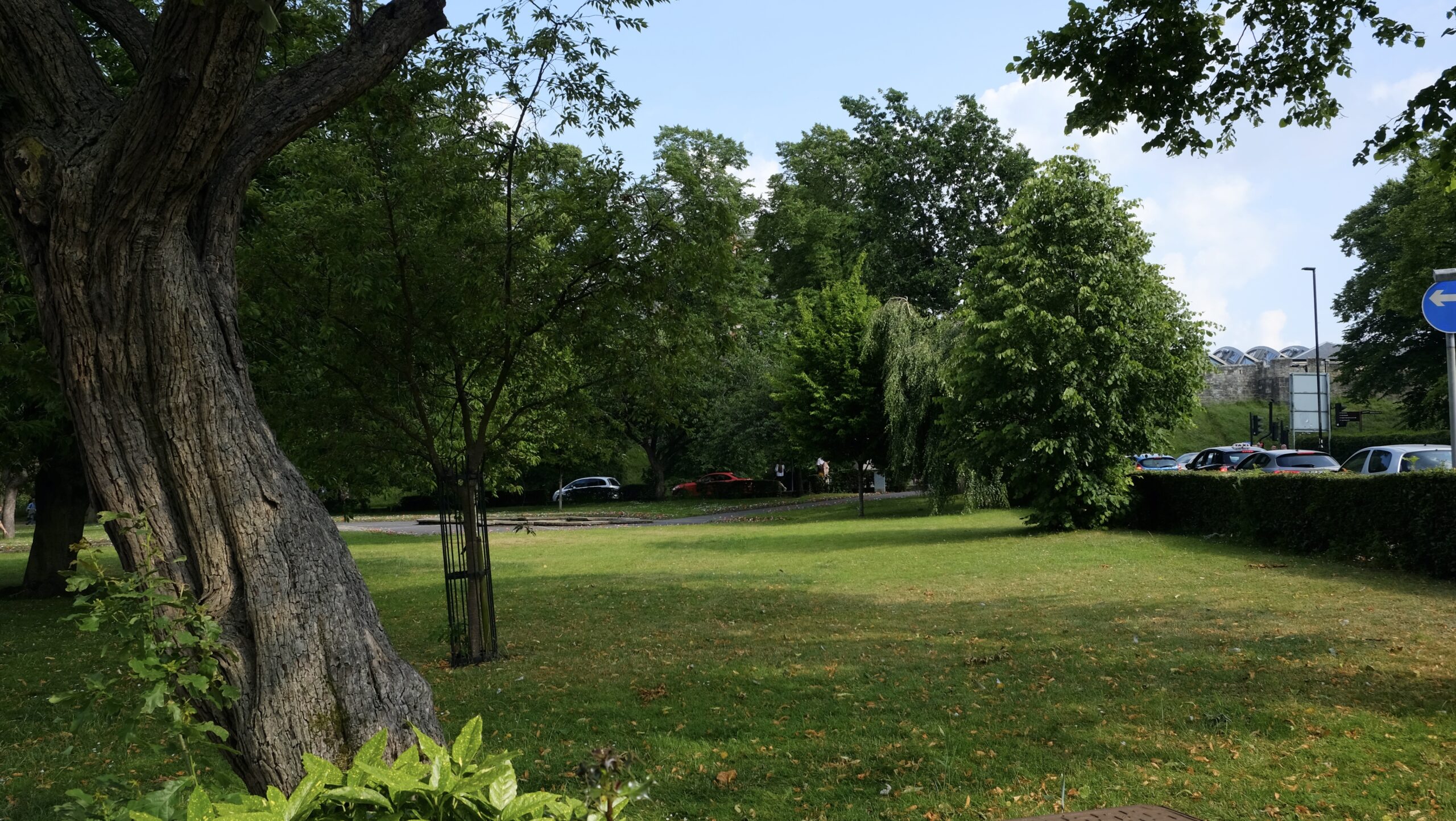 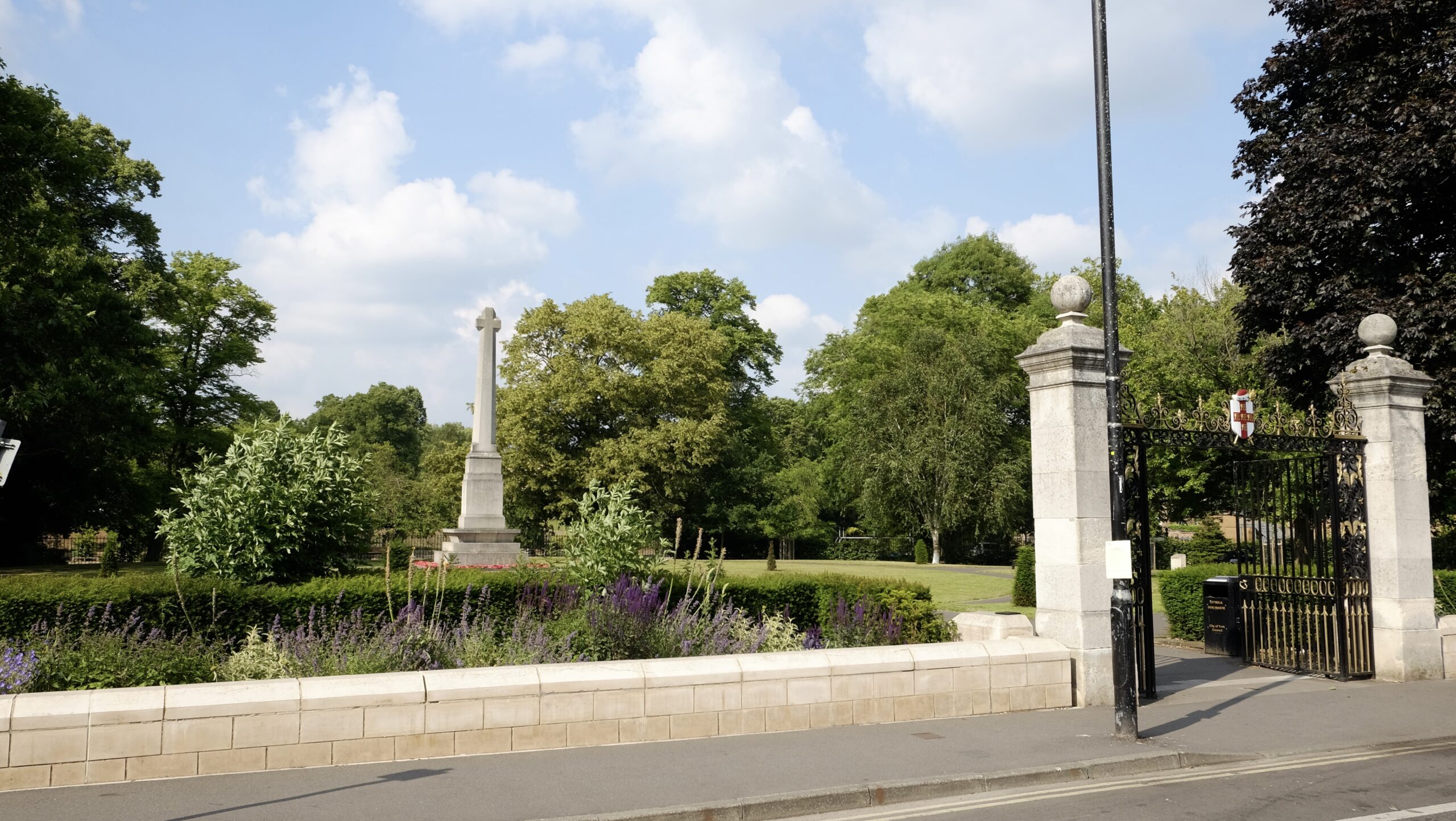 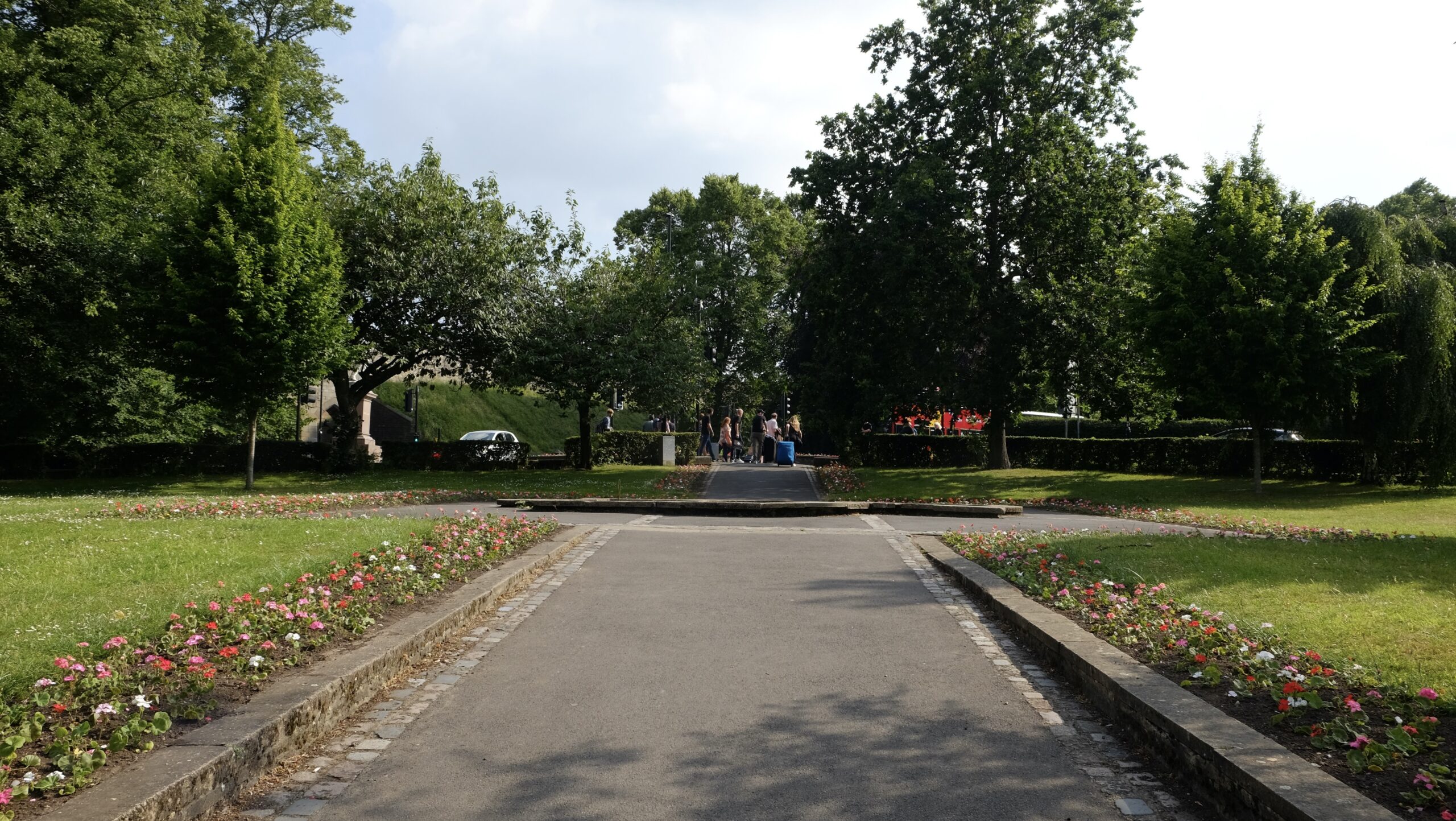